In the spring of 2008, Christ Anglican Church commissioned sculptor Robert Thornley (1941 – 2012) to carve a monumental stone cross for its courtyard at Cave Creek and New River Roads in Carefree Arizona. The Cave Creek Cross was installed and dedicated on the Feast of Christ the King in November of 2009. It is an expression of the devotional life of Christ Church Parish and a witness to the eternal truths of the Christian Faith.

The Cave Creek Cross was inspired by and patterned on the Ruthwell Cross of Dumfriesshire, Scotland, an Eighth Century Anglo-Saxon preaching cross that stands over seventeen feet tall. Recognized as one of the most important sculptures from early medieval Europe, the cross has an extensive program of bas- relief sculptures and inscriptions that portray important events in the life of Jesus Christ and central tenets of the Christian religion. Over the last millennium the cross has suffered the ravages of time and the hammers of fanatics. Pulled down in 1664, it was reconstructed in the nineteenth century by the Pastor of Ruthwell Church, Henry Duncan.

Robert Thornley constructed the new cross out of large blocks of limestone from a quarry in New Mexico and incorporated much of the genius of the ancient cross into the present day Cave Creek Cross, with the prayers of Christ Church Parish that it may stand as a symbol of peace and hope to all who see it.

Click here for an informative pamphlet about the Cave Creek Cross. 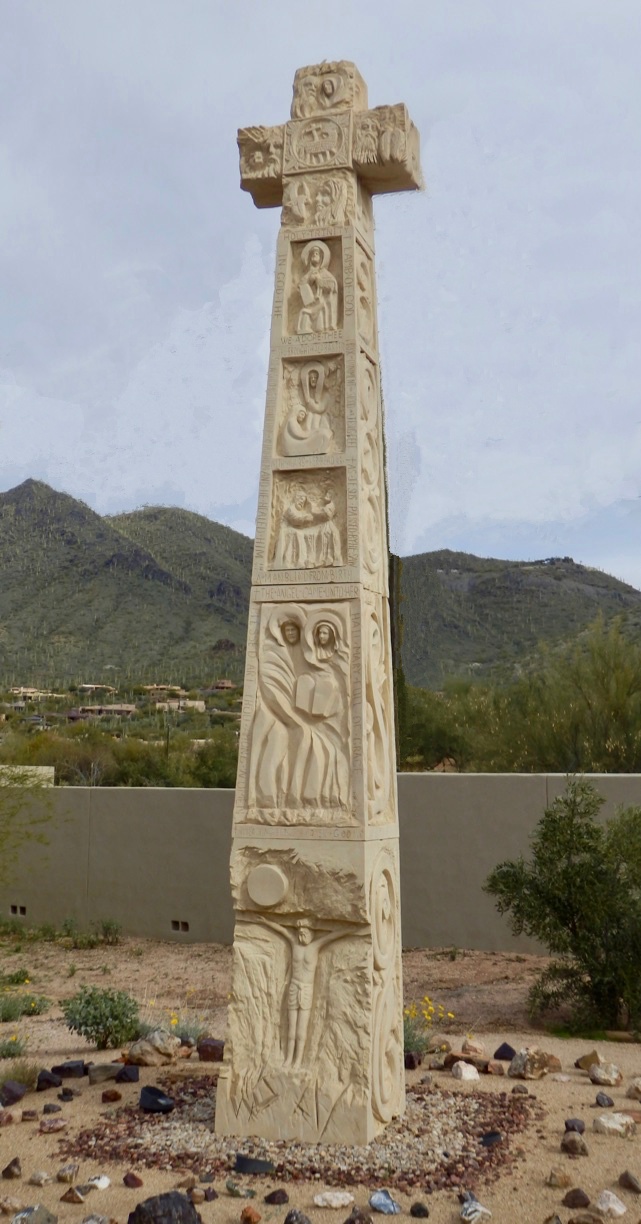